Up the path in front of you ,there is a long wall on he right-hand that surrounds The Carmelite Convent  on the Firhouse Road.    It was originally a whitewashed farmhouse owned by the Fieragh family who also engaged in timber trade with Norway, hence the name The Fir House.

The Fieragh family came to the Firhouse area c1700, although the name is in the area since 1474, then called Feragh. The house was also called The Fur House and was purchased in 1800 by Mr. James Johnson.

He sold it to Mr. Beresford Burston who lived there for about eight years and was succeeded by his son-in-law Mr. Smith. 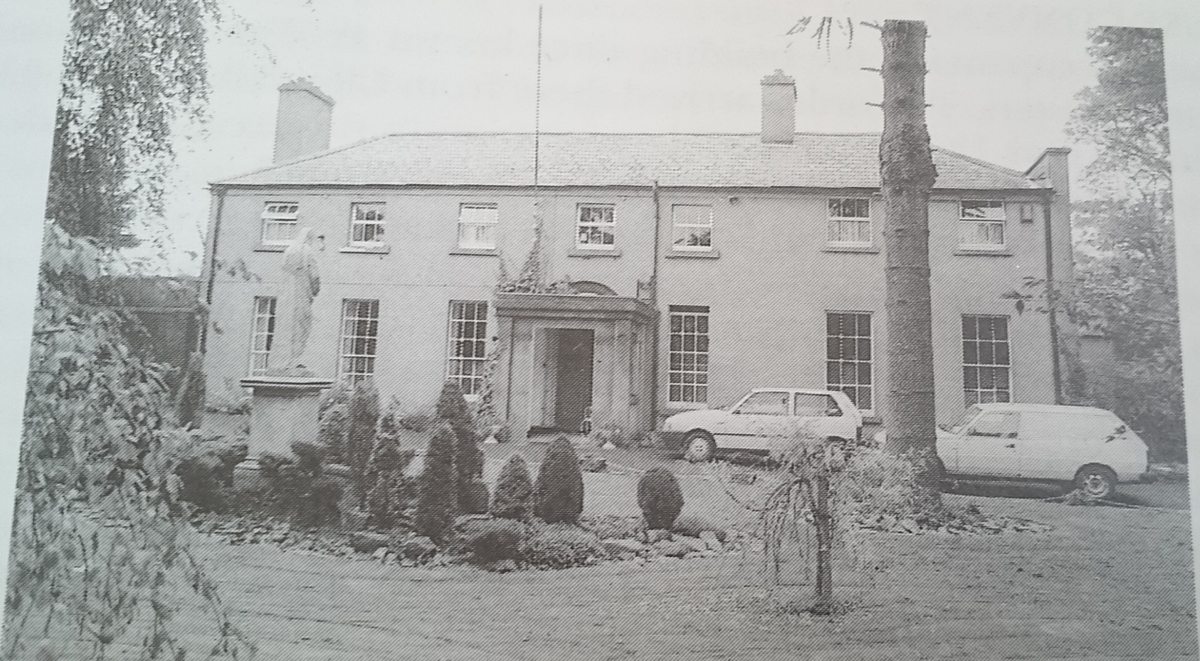 The building and adjoining land, approximately 15 acres, was then sold on to the Order of Discalced Carmelites in 1827 as they required a larger residence for their expanding community and their house in Clondalkin was no longer sufficient.

On the 20th March 1827, Dr. Murray, Archbishop of Dublin, dedicated the chapel and enclosure was observed; but the Penal Laws required that the sisters were a functional unit so they opened a girls school in 1829, teaching the local children reading, writing, arithmetic and needlework, using the hayloft and outhouses as classrooms.

In 1839 the high enclosure wall was begun, the entrance changed from its original position almost opposite Sally Park and moved further along the Firhouse Rd and the lodge built near the house.

In 1851 the “poor ” school was placed under the Board of Education and the sisters continued to teach only religious instruction. 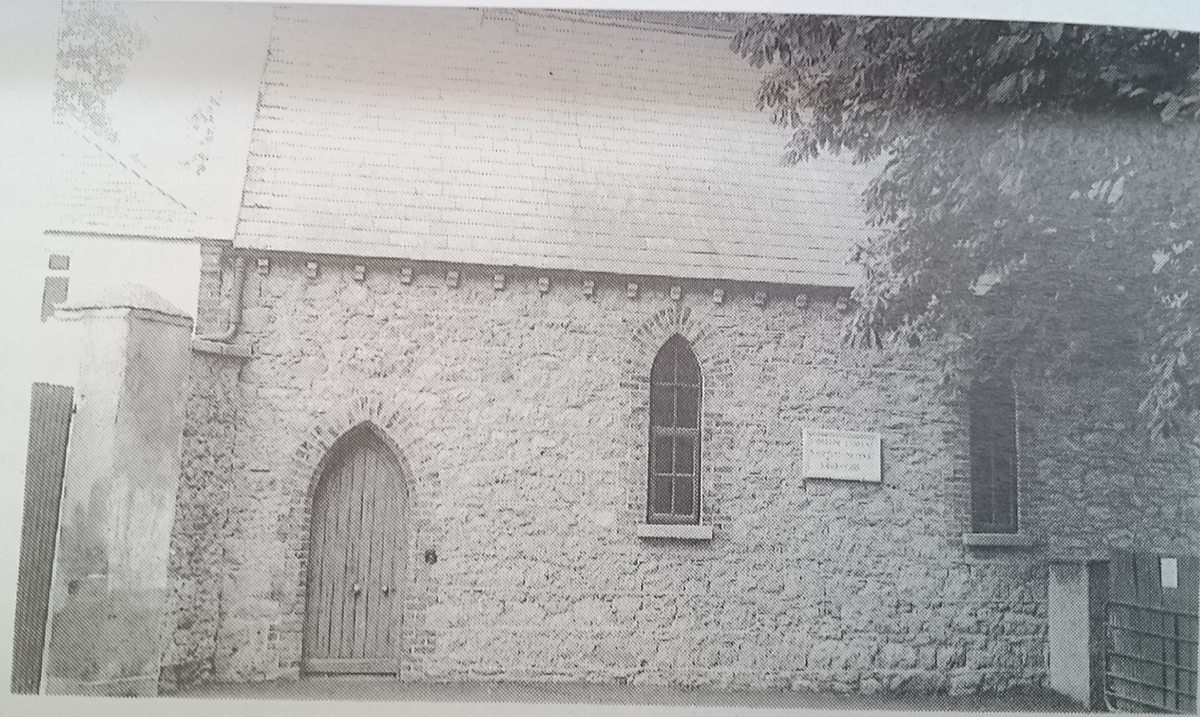 In 1869 a new two teacher school beside the convent was opened which provided the National School for the area until 1955. A new school, Scoil Carmel, was built on a site known as Hanlon’s field further along the Firhouse Rd which was donated by the sisters in 1955 and continues to educate the children of Firhouse today.

The old Convent and chapel were demolished and rebuilt between 1997 and 2003. On Pentecost Sunday 2003 the first mass in the new chapel was celebrated. The old school has also been renovated and is used as a resource centre where therapy and spiritual direction is available.

It is called Cherith Centre www.cherithcentre.ie. The Carmelite sisters still reside in the Convent although reduced in number and continue to interact with the local community through access to their chapel with religious services available to everyone.

Sally Park, now tucked away in a corner of Sally Park Close, is a detached four bay three storey Georgian country house which retains the character and style of that era although it has been modernised and extended to provide a comfortable residence as a nursing home today.

The house dates back to the Earl of Clanwilliam c1770 and was sold to Matthew Handcock, Deputy Muster Master General to his Majesty’s forces in Ireland, in 1796. Matthew is the grandfather of William Domville Handcock, author of the History and Antiquities of Tallaght which provided a great source of information on life in the area at that time.

The house had beautiful grounds with 7,000 trees of different types planted which earned praise from the Royal Dublin Society in 1801. There were also trout ponds, gardens and conservatories. The line of trees at the entrance to Monalea Park Estate was known as “The Primrose Walk” and the two fields near the house were known as “The Nine Acres”.

Sally Park was a huge estate with stables, a coach house, a dairy and provided employment for many local people. William Domville Handcock married Ellen Olivier in 1862 but they had no children so the house was left to Gussie Hargrave, a companion/house keeper in 1920.

It appears that Ellen wanted Gussie to marry her nephew, Charles Vaughan Rookery but that didn’t transpire and she married a Major Medicott instead. 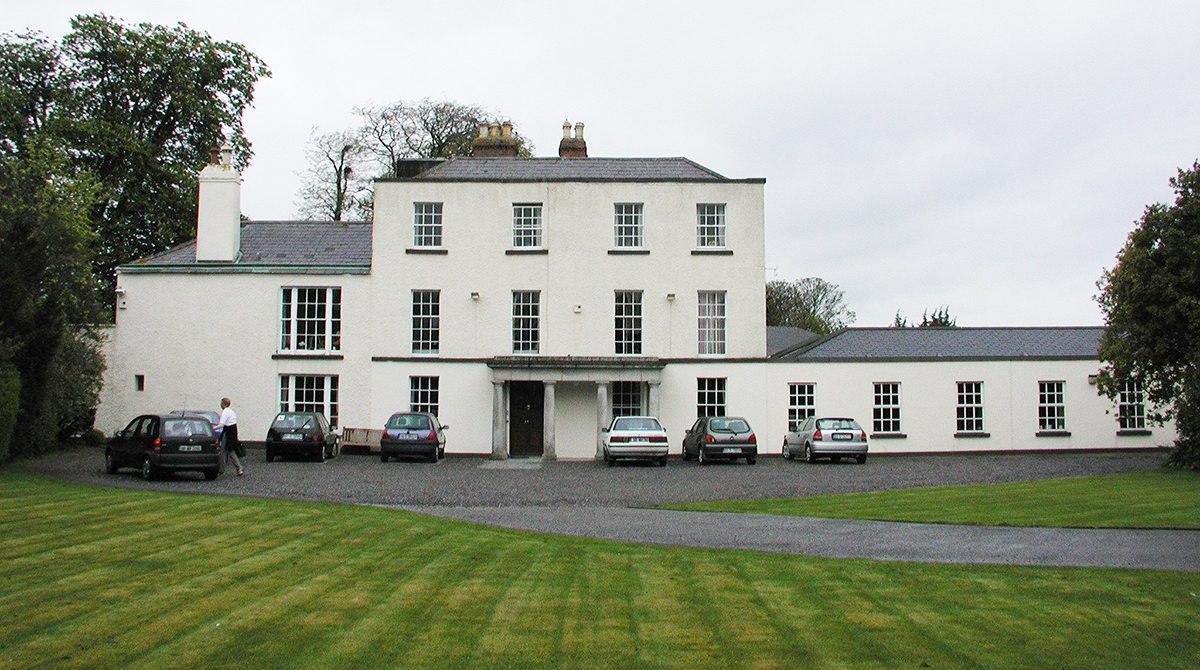 The house was then sold to the Knox family whose daughter Raby White sold it on in 1936. The O’Moore family turned it into a nursing home in 1975 and it was subsequently sold to the Brady family in 1988 who retain the nursing home to the present day.

For a short while we leave the tranquil ambience of the River Dodder for the noise of the M50, Dublin’s “C-shaped” motorway ring road. It links all the National Routes radiating from the capital and gives access to Dublin Airport and Dublin Port.

This section of the route was opened in 2001 as a 2+2 lane motorway with a wide central grass margin. An upgrade was started in 2006 and completed in 2010.

Above you is the largest and busiest road in Ireland, with 3 lanes in each direction and ancillary lanes between key junctions. You are now close to the great weir at Balrothery/Firhouse. In addition to the main path leading upstream, another path crosses the river on the red bridge and gives access to the sluices and the artificial channel which was the takeoff point for the City Watercourse. The Watercourse, leading into the canalised River Poddle, provided the city with its main supply for 500 years!

For those of you who wish to follow the Dodder Valley Park upstream and westwards of the weir, here is some advance information for when you have walked to the grassy area at the head of the weir. Continue along the path that runs beside the weir and as you go through the big gates to the western sector of the park you will find the rear wall of the Carmelite Convent.