If you look to your right across the River Dodder you can see the Old Pump House for the Bella Vista Mills. Sometimes not visible through the heavy growth of trees. This fine stone building is part of the old Bella Vista Paper Mill beyond Spawell. The mill appears to have been built by Daniel Ashworth , a currier, a specialist in the leather industry, from the city of Dublin, who leased property from Sir Thomas Domville for 99 years at £30 per annum.

In 1719, in an Act of Parliament relating to the water-course they are referred to as Ashworth’s new Paper Mills. Two years later Daniel Ashworth petitioned Parliament for protection for this industry. 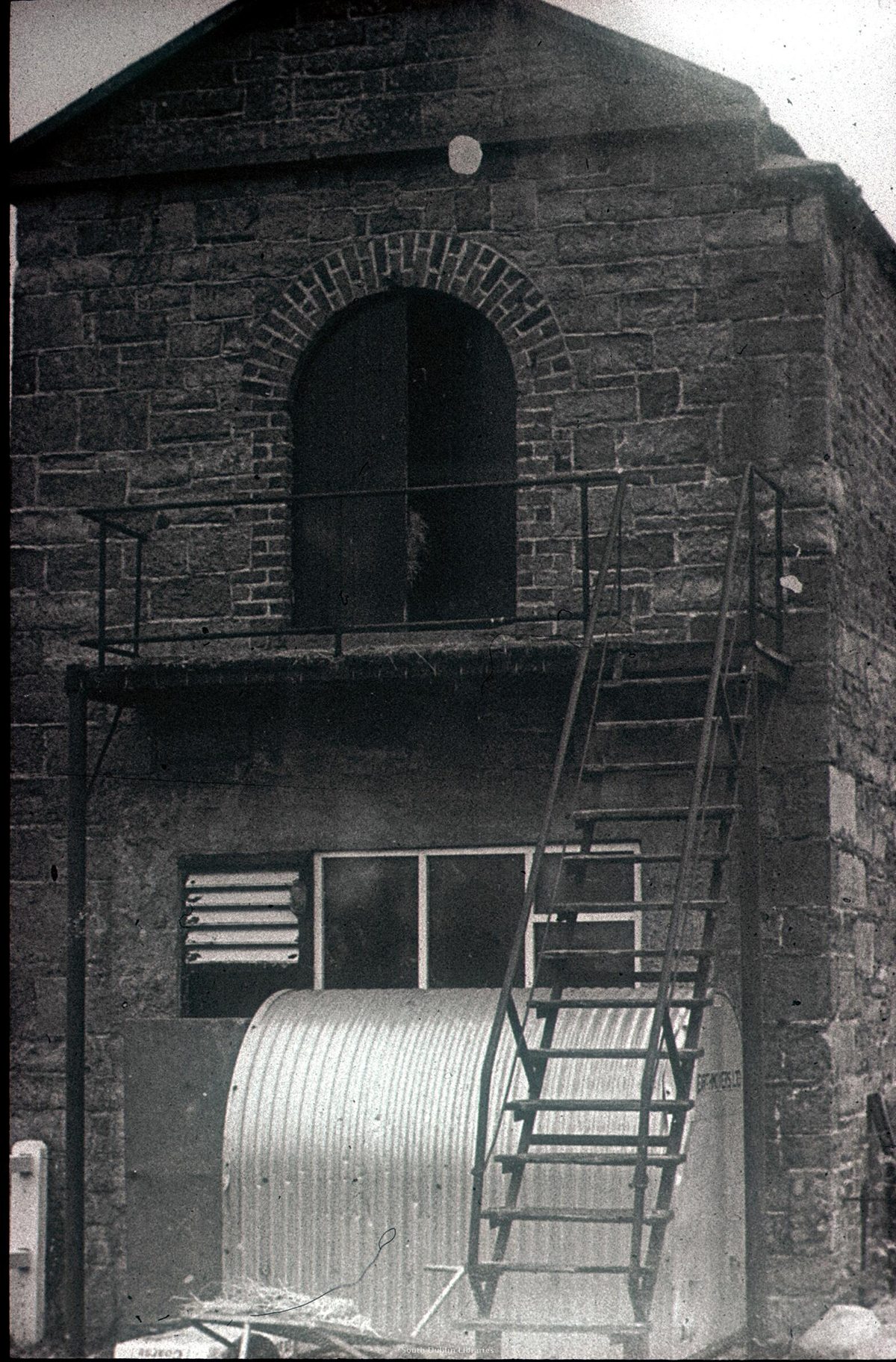 In 1730 the lease passed to a Dublin Paper Merchant called Thomas Slater. In 1733 Thomas Slater presented a petition to the Irish House of Commons appealing for financial aid. He received a Grant of £500 for paper manufacture. In 1737 he again appealed and stated that he was the only white paper maker in Ireland.

He had two mills at Templeogue and intended to build another one in the Dutch manner. In 1751 he was noted as producing a greater amount of paper than any other mill in Ireland. The first mill of many mills on the city watercourse was Bella Vista which survived in part down to about 60 years ago. 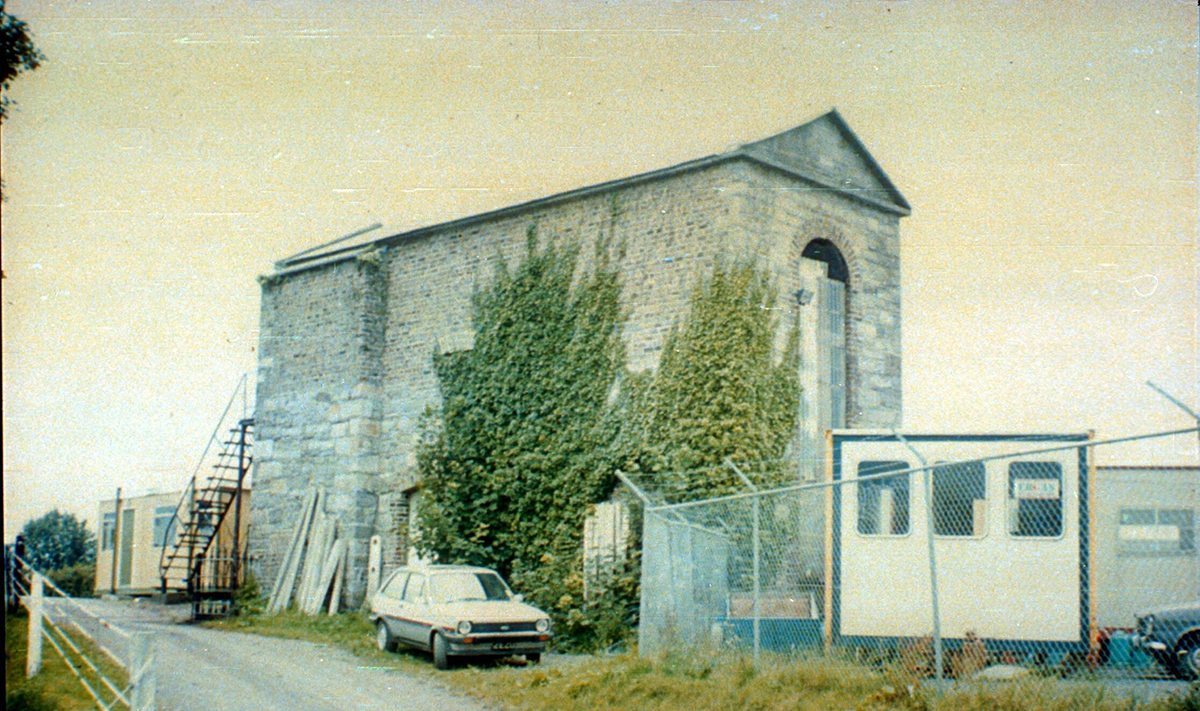 The gate lodge also survived to within the last few years when it was demolished to make way for the roundabout at Balrothery. It stood on the opposite side of the road, facing the gate and was exceptionally picturesque. It was described by Maurice Craig as “an exciting incident in an otherwise uninteresting road. 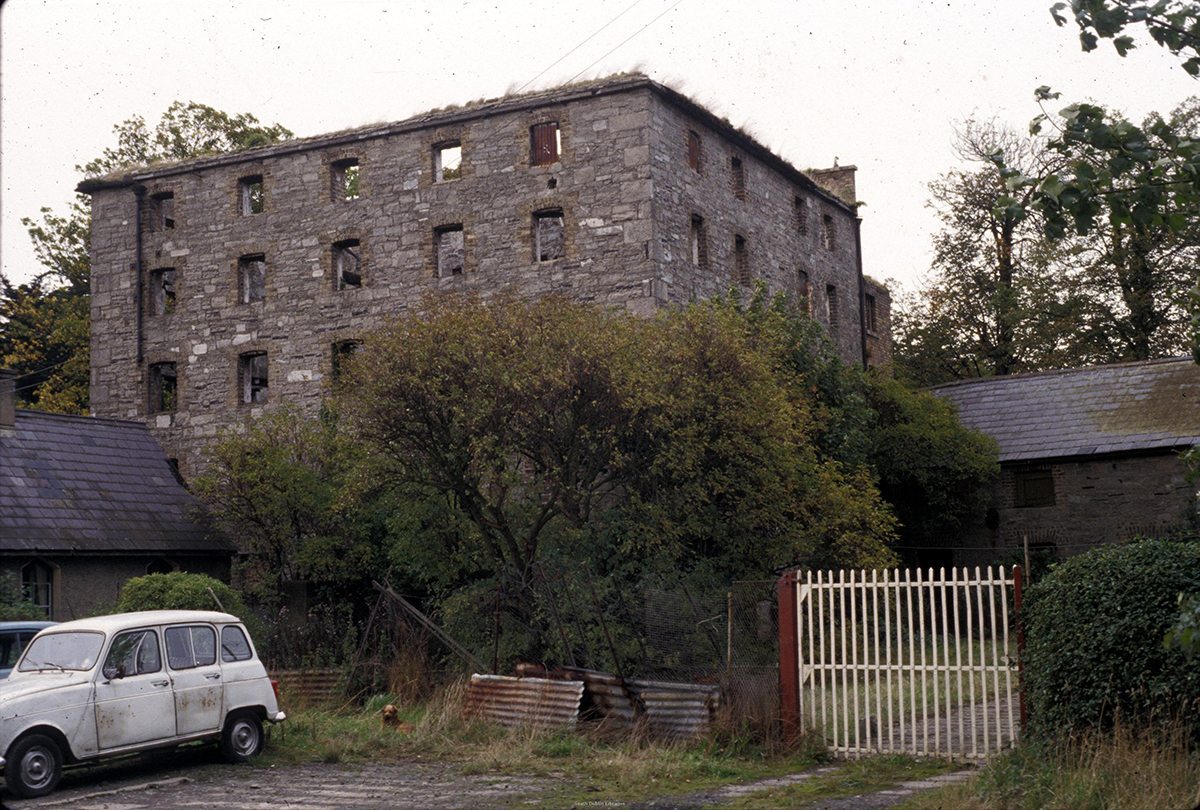 Gentlemen coming to their country seats in Knocklyon crossed the Dodder by the Old Ford near Spawell House and leading to Cherryfield House. Mr Bermingham, who was an Alderman of the City and lived in Delaford House, to make travelling to and from the city easier, built Templeogue Bridge, in 1800, details of which were recorded on an oval stone tablet let into the parapet.

This had latterly become so weathered as to be undecipherable. The bridge was an attractive three-arched structure’ and below it the river passed over a series of steps which were constructed to prevent the foundations of the piers from being washed away.

The bridge was too narrow for modern traffic loads and was replaced in 1984 by the Austin Clarke Bridge. On the Butterfield side of the bridge sheltered by a plantation was Bridge House, the home of the poet, Austin Clarke.

After his death in 1974 there was a proposal to preserve the house and his library of 6,500 books as a memorial to the poet. Unfortunately long-term plans were in operation to demolish the house and widen the road. As a result both bridge and Bridge House were cleared away and a new bridge opened in 1985. This has been very properly named after Austin Clarke.

Spawn House lies just further east of Bella Vista Mills on the Bank opposite where Cherryfield House stood. It is a tall and ancient looking house named Spawell distinguished by its irregular ‘Dutch Style’ roof, numerous windows and its high chimneys. 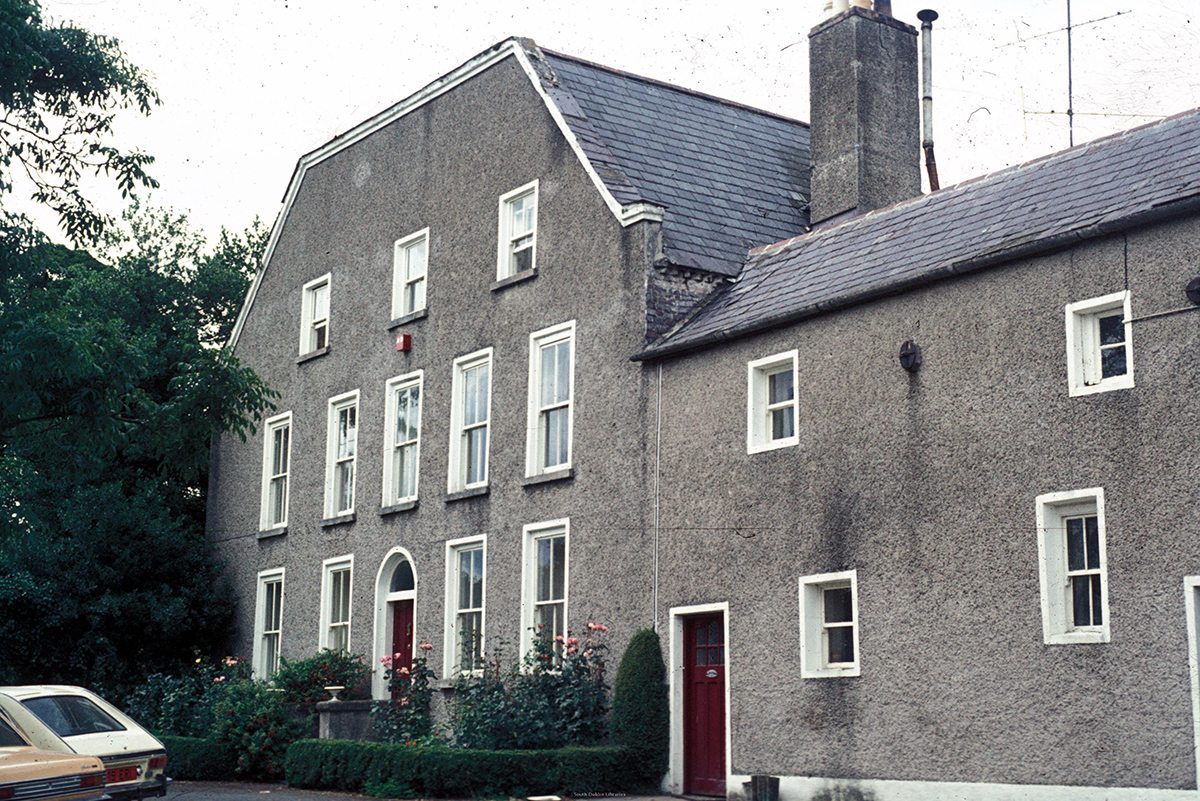 This name originated in the medicinal spring which was discovered in a nearby field early in the 18th century. In an advertisement which appeared in the Dublin Gazette on the 22nd April 1732 the proprietor of the Spa, Patrick Daniel of the Domville Arms and Three Tons Farm at Templeogue,draws attention to the many amenities on offer, including a large room for ladies and gentlemen and a band of city music for dancing.

In those days, visitors entered the Spa opposite the old Church of Templeogue now beside the cemetery at the Spawell Roundabout, and a long avenue of stately elms led up to the house. The ceremonies started at 8 a.m. and continued all day. A Master of Ceremonies was elected from among the gentlemen and rules drawn up to control the conduct of the visitors.

The spa was open from April to September. Even a weekly newsletter of eight pages, called The Templeogue Intelligencer, was issued to keep up the interest of the fashionable patrons. Some copies of the Newspaper are available in the Halliday Pamphlets in the Royal Irish Academy.

For the benefit of those who were unable to attend in person the water could be supplied in the city at 2d.per bottle. This spa was frequented over a number of years down to about 1750 when the water lost its medicinal properties and no longer attracted Patrons. 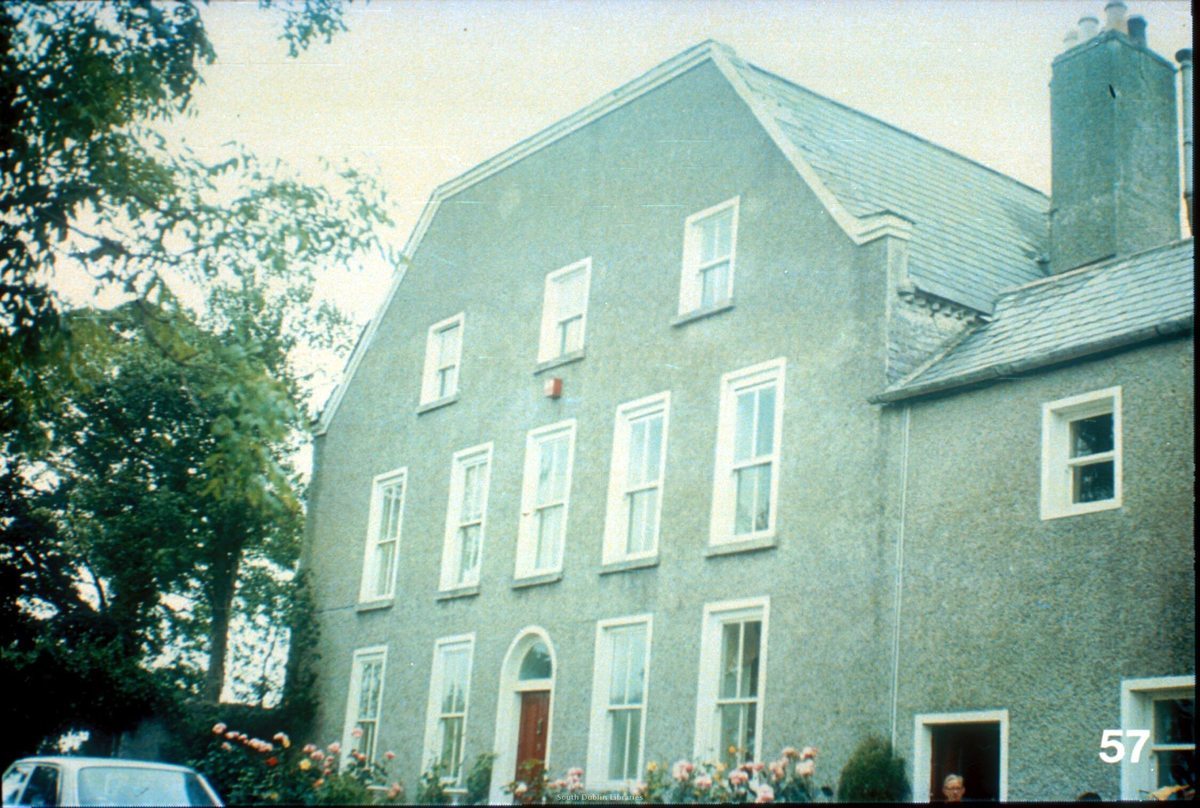 The Dodder did not flow so close to the house then, a long bend in its course having been straightened by the Drainage Commissioners in 1846.

The site of the Spa was marked by a semi-circular amphi-theatre where there was formerly a large whitethorn tree which has gone the way of its companions, the elms, but a circular stone seat which surrounded it is a recent landmark.

Spawell House was occupied by the Kiernans from the middle of the 19th century down to 1906 and has since been in the hands of the Kennedy family who maintain it in excellent condition. The old City Watercourse flows through the lands and passes under the road near the entrance to Spawell.

The entrance is now by a gate on the Tallaght Road.