Want to do something about the Traffic Problem 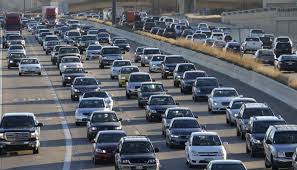 Last Monday Knocklyon Network sent two delegates along to a meeting in Rathgar ,called by the Rathgar Residents Association.  The purpose was to address their concerns regarding the proposed turning of College Green into a pedestrian plaza and thus preventing all the buses from Southside easily(somewhat) traversing the City Centre.

There were representatives of Residents associations from Clanbrassil Street to Rathfarnham. from Kimmage to Terenure overall about 30 Residents Associations present.   Not only were the difficulties posed by the College Green plan discussed , but many of the issues that face people in Knocklyon-Firhouse-Rathfarnham . Issues like full buses, not enough at peak times, 2-3 buses coming together, traffic, bike lanes, etc.   Many were annoyed at he fact that more money was being spent on the Luas Green line being upgraded from a Light Rail to a Metro ,when no money is being proposed or spent in alleviating the bad going to worse situation in our area.  A luas spur or circle from Charlemont taking in Terenure Rathfarnham, Templeogue, Knocklyon & Firhouse would take an enormous amount of cars off the road.   Knocklyon Network has proposed a delegate for the steering committee.  However, we ask that anyone out their who feels they could contribute or has particular expertise in this area ,please contact us or Rathgar Residents association.   Also encourage your Residents Association to support this grouping.  It is harder to ignore 50-60 Residents associations representing 30-50 thousand people.    Below are the minutes from the meeting.

Many thanks to all who came to our meeting which was successful and productive. 16 number of resident associations were represented at the meeting and a further six more sent their apologies out of a total of 34 that have been in contact. Below is a brief report of the meeting together with agreed actions and next steps.

A resolution proposed by Michael O’Connell of the Rathgar Residents Association and seconded by Eugene Barrett of the Knocklyon Network was passed unanimously.

“ That an umbrella group be set up to represent  all resident associations whose bus routes would be potentially adversely affected by restricting access of buses through College Green and related matters.

This group has asked that participating associations take the following actions:

The Steering Group will undertake the following:

**Please note anyone who wishes to  join the steering group is most welcome to do so. 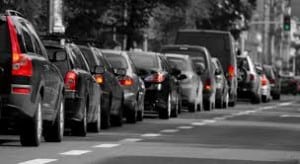