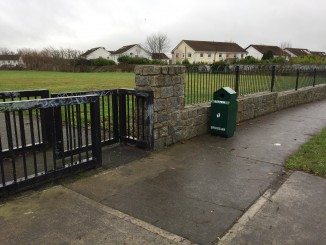 Knocklyon Network are delighted to announce that after a couple of years of campaigning for them,we finally see over the Christmas quite a few New Bruscars.    We had fought against the Council’s idea that bins are only used by people trying to avoid bin charges.   They also feared the cost of replacing the vandalised bins.  Each bin costs nearly €2000 to purchase and install.  We argued that Knocklyon has a very strong sense of Community.  We maintained that while there may be some people who will take advantage of the bins for refuse disposal and others that will vandalise the bins,they are a very small percentage of our community. 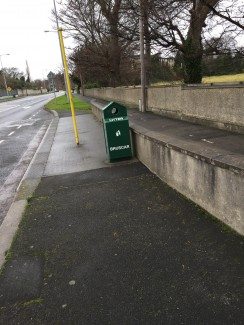 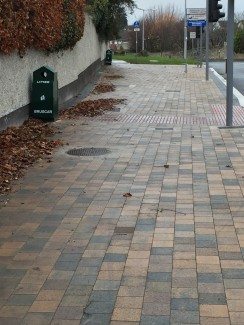 Pamela Kearns Councillor was Chair of a Council Area Committee looking at the Bin,Graffitti, Dog Fouling area.   We made it clear that Bins would help to clean up the area of plastic bottles, rubbish and also provide somewhere for the responsible dog owners to leave their Pooper bags.   We argued that there was a distinct shortage of bins in Knocklyon and particularly near the Green areas and the schools. 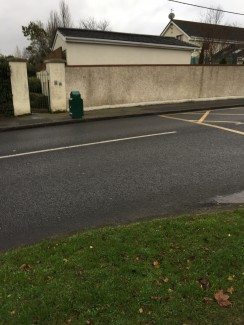 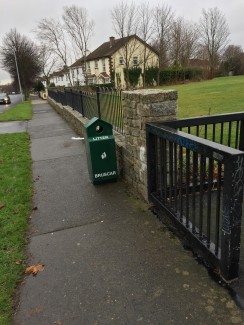 Today , we counted 10 new bins.  One at each end of Dargle Park, two on the wide path opposite Supervalu,two on the road from the Shopping centre to the Orlagh Roundabout, two at the entrance to Orlagh,and two along the Scholarstown Road in front of the Community Schools.    Please let us know if you are aware of any other new Bins in Knocklyon .   We had asked for a list of all the Bin locations, but this was never received.  We had asked for Bins at the entrances to Dodder Valley Park and at all the large Greens in estates.    They do not appear to have put bins into any of the Estates??    There are still a few blind spots, such as the Scholarstown Roundabout.