Prosperous Dramatic Society are delighted to be back treading the boards at the Mill Theatre, Dundrum with their production of the hilarious ‘One Man, Two Guvnors’ written by Richard Bean and directed by Lurlene Duggan.

The group have again qualified for the All Ireland finals in Athlone and the Ulster Finals in Newtownabbey in May and will be performing at the Mill Theatre, Dundrum from the 22nd – 25th May.
The play’s main character Francis Henshall, played by Prosperous veteran Robert Massey finds himself in the position of having two bosses, trying to hold down two jobs whilst ALSO trying to find something to eat!

Surrounded by a plethora of interesting characters this side-splitting comedy is sure to delight audiences. Ashleigh O’Neill and James Murphy deliver accomplished performances as the “bosses” with Johnny Judge and Claire O’Neill taking the criminal element of the production to hilarious end. We see Colin Malone take on the hilarious role of octogenarian, Alfie, supported by Brian Moran. Karl Keogh takes the role of “Alan” Orlando Dangle and Amanda Ryan as Dolly with PDS newcomers Karl O’Leary and Wayne Younge completing the main cast.

Lurlene Duggan was delighted with their performance on the circuit with wins in 3 festivals and a plethora of awards for acting, set design, stage management and direction. “The play is all about the ensemble, and we have had an amazing collaborative experience with input from all the team contributing to our success” In the west end, the role of Francis was played by James Cordon. Cordon went on to secure a Tony award for the character, the group received an online “Best Wishes” message from Cordon – this can be seen on their facebook page – Prosperous Drama. 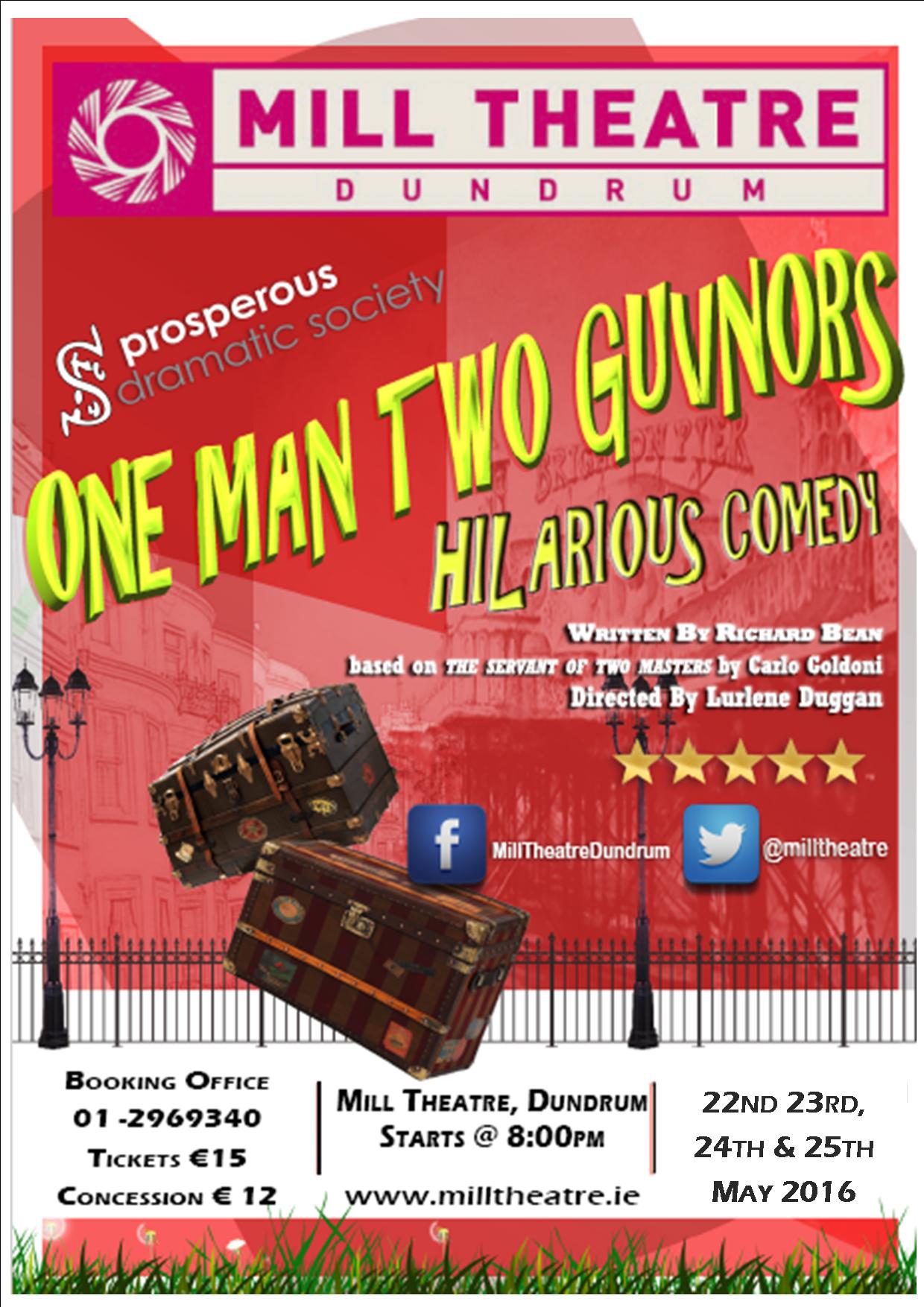