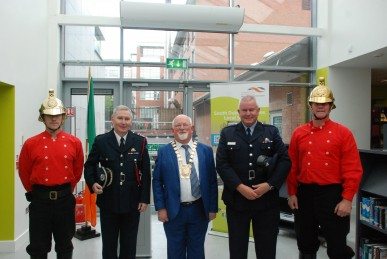 The Dublin Fire Brigade and the 1916 Rising Exhibition was launched by Mayor Guss O’Connell at County Library, Tallaght on Tuesday 2nd August. Founded in 1862, Dublin Fire Brigade is a Dublin institution in every sense of the word. In the 154 years since it was founded it has served and protected the people of Dublin and visitors to our city and county.

Dublin Fire Brigade has had many proud moments in its history and this exhibition brings one aspect of that history into particular focus: its role in the events of Easter 1916.

A small professional brigade under the command of Captain Thomas Purcell worked throughout the week of the Rebellion to save lives and property in a city which became a battlefield. In the immediate aftermath of the Rising they faced a city on the verge of destruction and went to work to stop the spread of the flames and bring the great fires under control.

Speaking at the launch, Mayor O’Connell commented, “That small band of firefighters wrote a long forgotten page in the history of the events of 1916 and it gives me great pleasure to see their story brought to light in this exhibition and highlighted for a new generation.”

South Dublin County Council, through its library service, is delighted to host this exhibition as part of our 1916 centenary activities.

The exhibition runs at County Library, Tallaght until 9th September 2016. 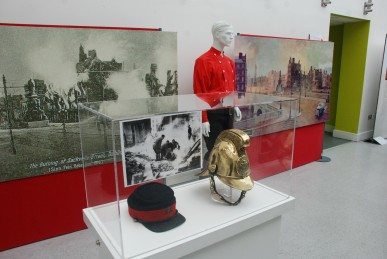 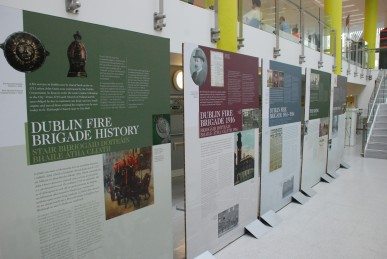