If you look at  the mound to the left it is the site  of  an old house named Cherryfield, formerly known as Cherrytree House. The Templeogue Ballad which describes the entertainment at the mineral spring at Spawell was printed at Cherrytree House in 1730 and dedicated to the worthy manager, which suggests that it was an inn or guest house.

A proprietor named George Fowler who lived here prior to 1865 enlarged the house and reclaimed an area of waste land along the bank of the Dodder. During 1888 and 1889, the Sunday Literary Society met in Cherryfield House. Among the attendants were the Poetess Katherine Tynan, Maud Gonne and Douglas Hyde.

The Harrington family lived there from 1909 – 1940. Mr Harrington was an auctioneer. The Dock Milling Co. purchased the property in 1940. From 1942 – 1950, John Tynan O’Mahony, editor of the Irish Times, and his family resided in Cherryfield. His son, Peter, followed in his father’s footsteps in journalism to become sub-editor of the same paper. Another son is better known as Dave Allen, the humourist and satirist (http://www.theguardian.com/news/2005/mar/12/guardianobituaries.artsobituaries) 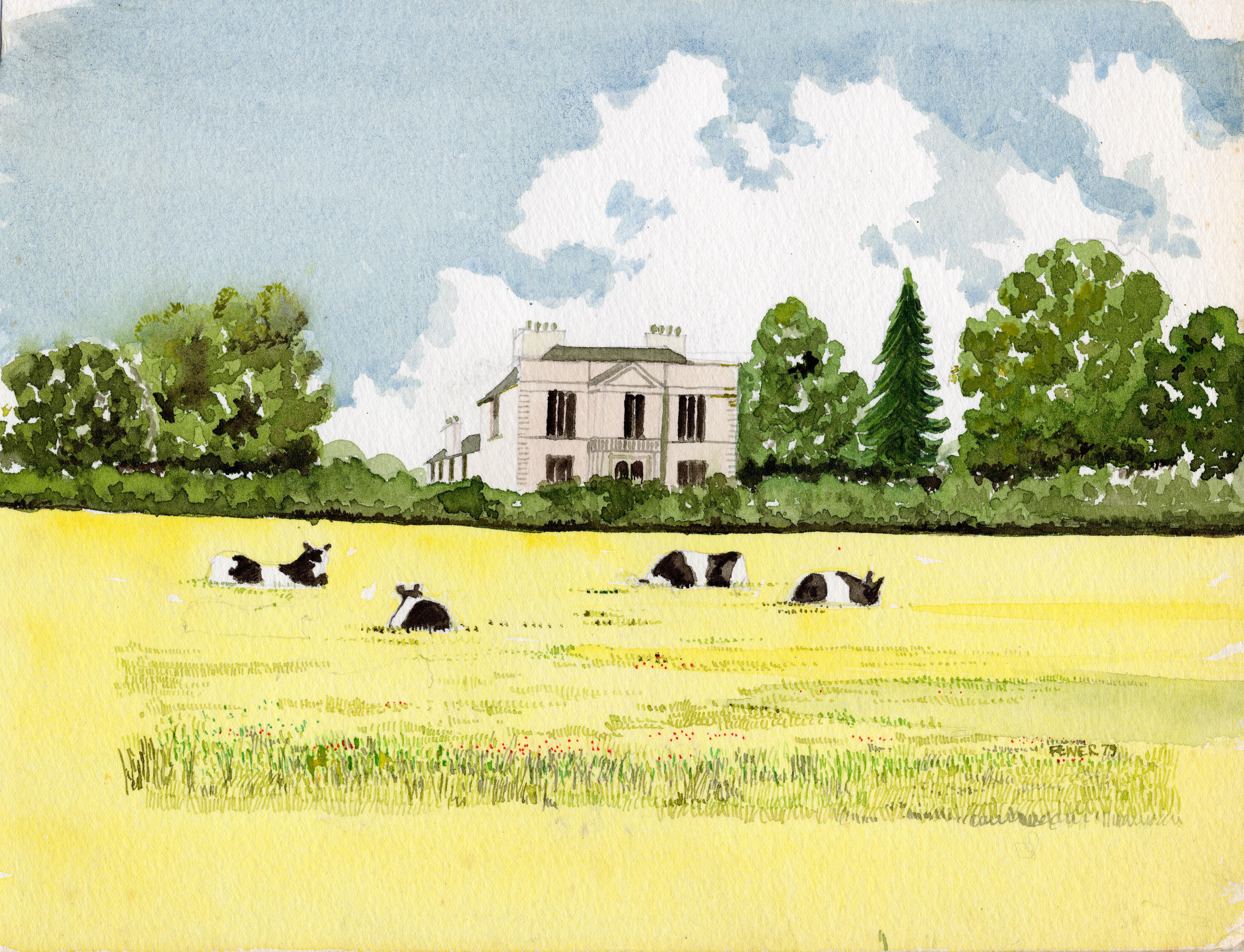 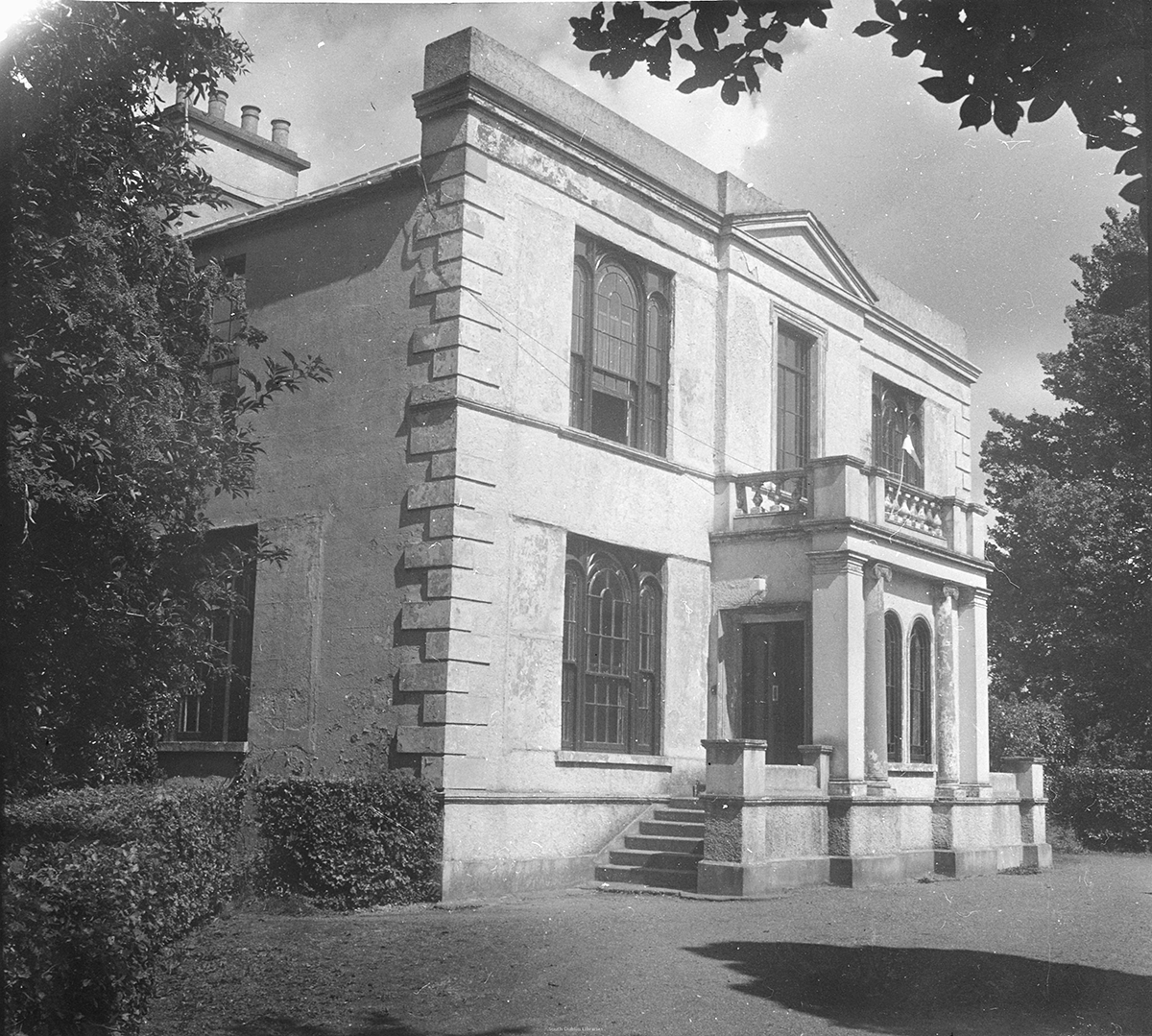 A valuable experience for the Tynan O’Mahony children was visiting Bridge House on the North Side of Templeogue Bridge, the home of Novelist and Artist Austin Clarke. The west room was lined with books which the children were allowed to read on condition that they replaced them correctly.

These books are now housed by Poetry Ireland in Dublin. At the same time the Delany family lived there. One of the Delany children Ciar still lives here in Knocklyon. The house had two sections , in the front the Delany’s occupied the main part of the house,while the tynan O Mahony family lived to the rear.

The Tynan O’Mahony family moved out quite early. The Delany family lived on in the house until close to the time it was demolished. They remember Dave Allen on his visits home would drop in on Mrs. Delany before going on to Delaney’s Inn for a chat and a drink. Cherryfield House was used to house a number of enterprise projects during the 1970s. Later demolished by SDCC,its grounds are part of the Dodder Linear Park. 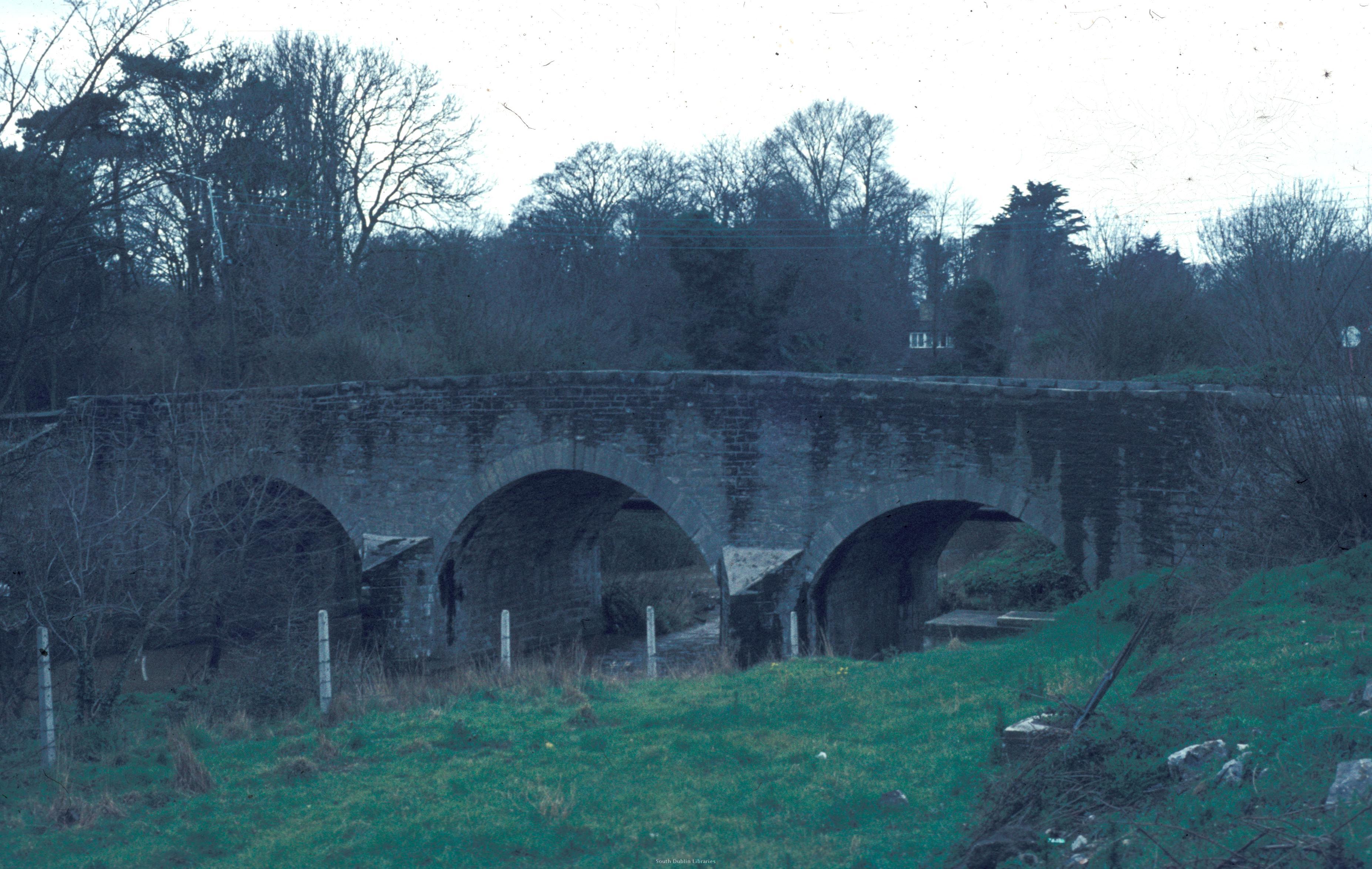 The first bridge over the Dodder at Templeogue was built in 1800. Prior to that the road from Firhouse to Templeogue crossed the river by a ford directly below Cherryfield House and joined the existing Tallaght road about a quarter of a mile further on at the North side of the Dodder.

Before 1800, when Templeogue Bridge was built, all vehicles going to and from the neighbourhood of Firhouse crossed the river by the Cherrytree Ford. The river bed at that time was of immense width and the water ran in shallow channels through the gravel by Cherrytree allowing a ford to be built.

The river was straightened and deepened in 1846 and it was now quite impossible to cross it, except by means of stepping stones at certain parts as late as 1912. 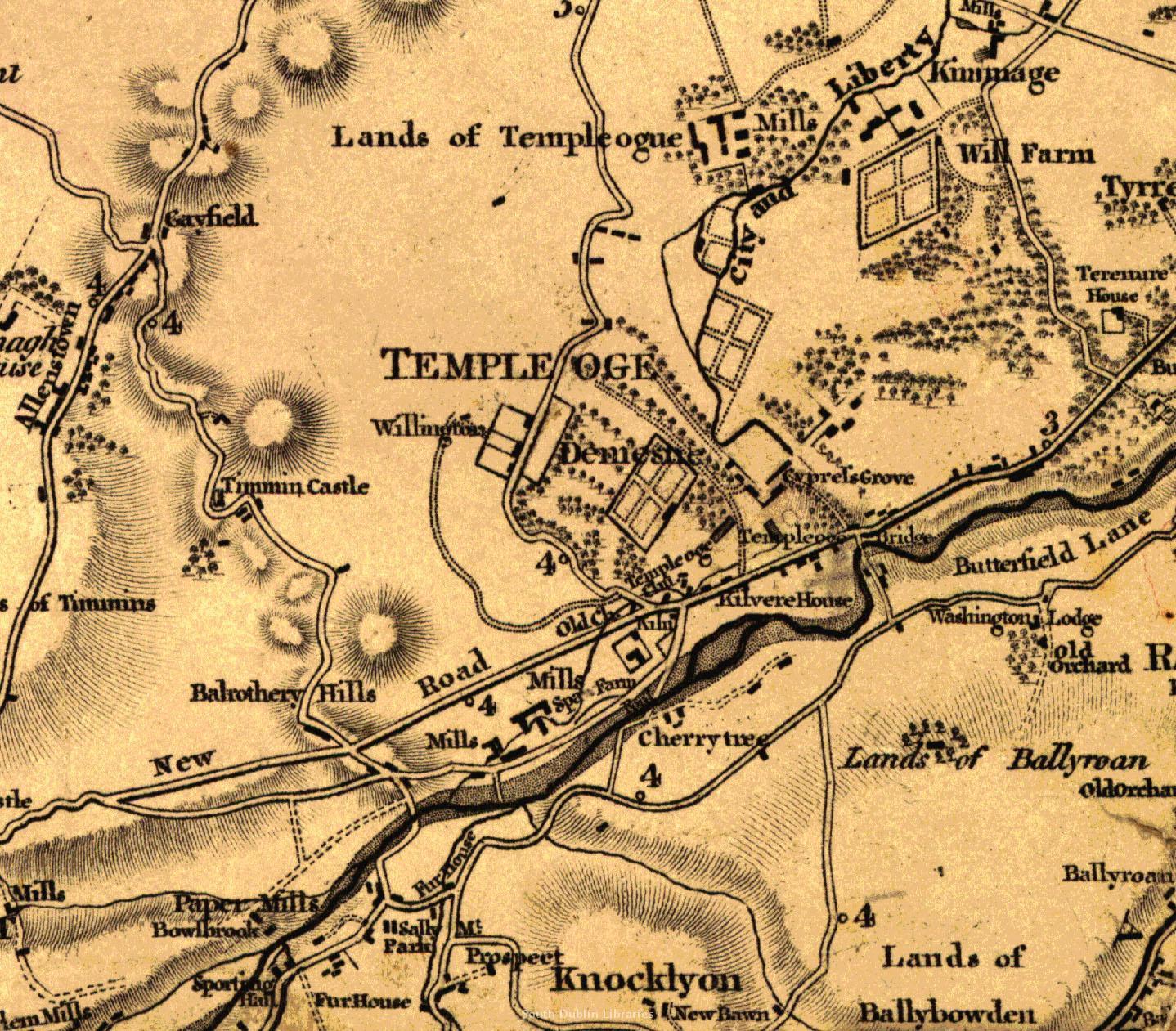 Today, the river cannot be crossed at the ford though you can continue along the bank upstream which, in spring and summer, is bedecked with a great variety of wild flowers. Cowslips, which are becoming extinct in many urban areas, abound here. There is strong evidence of badgers here, attested to by the upturned clods of earth where they hide their food and the multi-storeyed sets which can be seen among the trees and thickets.

Foxes and rabbits have been sighted in this area late in the evening. Because of its low-lying aspect the sound of traffic fades completely to make this a pleasant and peaceful place. Downstream the river forms a number of great loops and comes very close to the road at a spot known as Pussy’s Lep, where a massive stone abutment has been erected to prevent further erosion. The water forms a deep pool here and was formerly a popular swimming place with children of the neighbourhood.