The Battle of Tallaght 150 The County Library, Tallaght 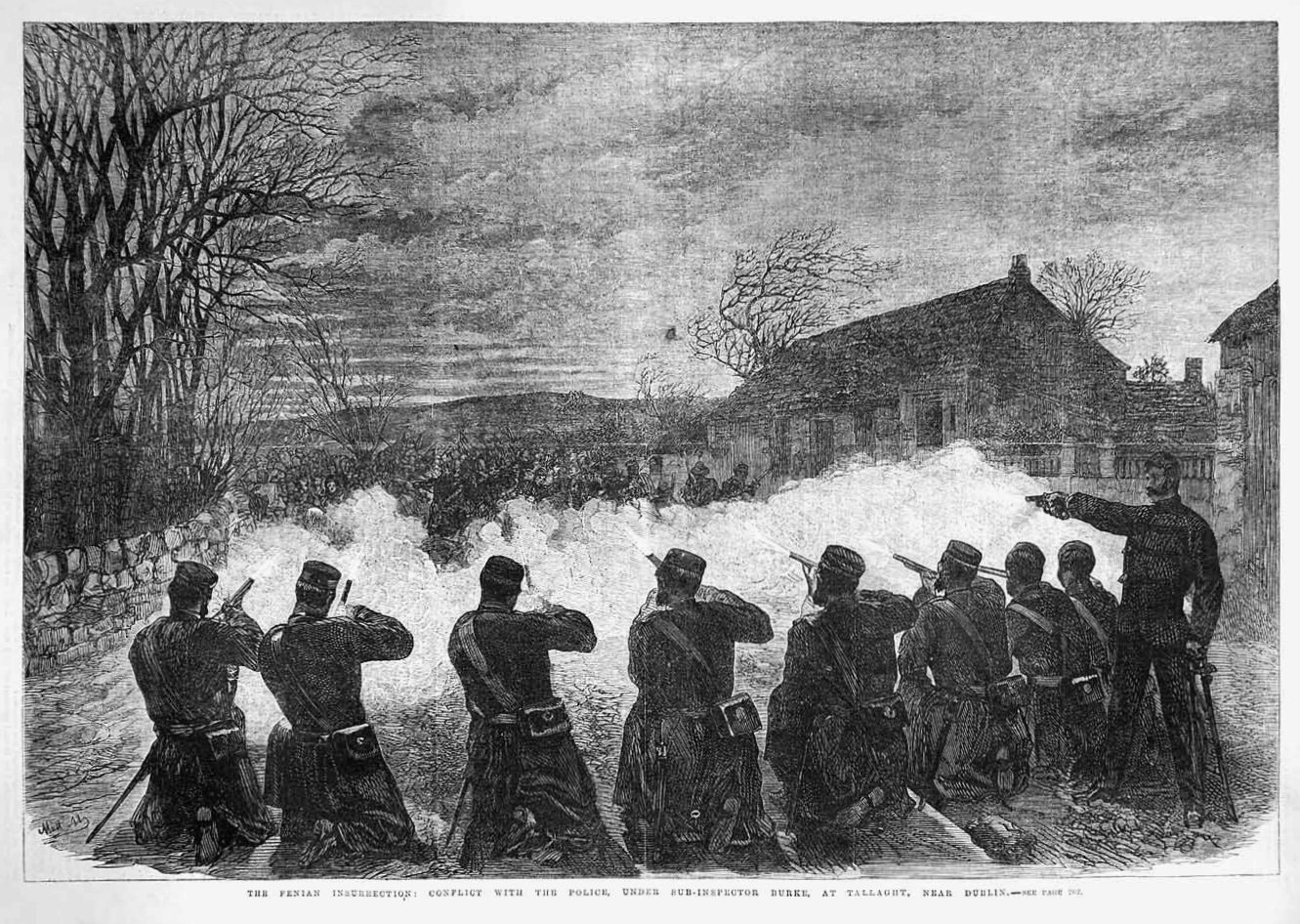 South Dublin County Council Libraries is delighted to present events in commemoration of the 150th Anniversary of the Fenian Rising and the Battle of Tallaght, which occurs on 5th March 2017.

As part of the Dublin Fenian uprising in March 1867, several thousand members of the Irish Republican Brotherhood made their way to gather on Tallaght Hill, ready for rebellion. Their tactic was to draw the military out of Dublin while a separate rising took place in the city. A small contingent engaged in battle at the police station in Tallaght village. The RIC Sub-Inspector at Tallaght was watching the exodus of men from the city, and sent 14 armed officers out to the crossroads of the Main Road and Greenhills Road, where a battle with about 40 Fenians ensued. The ‘Battle of Tallaght’ was really just a skirmish in the village, but Tallaght was to be the site of the main battle of the Fenian uprising.  However, the city centre was heavily fortified and the expected rising there didn’t happen. The large gathering of up to eight thousand men on Tallaght Hill was left leaderless, and eventually dispersed. The hoped for rising petered out.

For further information, please contact Síle Coleman or Michael Keyes at the County Library, Tallaght on 01 4620073 or localstudies@sdublincoco.ie