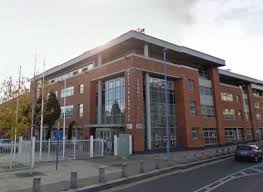 South Dublin County Council adopted its 2016 budget at the Annual Budget Meeting held on the 5th November 2015. Chief Executive, Daniel McLoughlin, informed the Elected Members at the meeting that “the Council’s Revenue Budget will involve expenditure in the region of €225.45 million for the year ahead which represents an increase of €6 million on last year’s budget.

He added “Housing supply, economic development including tourism and aesthetics, enhanced service delivery, community development and business support are central to the achievement of these objectives, as are health and wellbeing, social inclusion and supporting the less well off. All of these principles are supported through the financial provisions in this budget”.

South Dublin County Council’s budget priorities adopted by the Elected Members for 2016 include:

The homeless budget has been increased by 50% to €2.389m, which is a 3 fold increase on the 2014 provision of €794,000. This is a measure of the crises we are endeavouring to manage. Members have also agreed to set aside €600,000 as a capital provision towards further homeless supported accommodation for single men and the provision of a women’s refuge.

Efficiencies gained in recent years, together with a modest upturn in income, have afforded us an opportunity to look at enhancing and improving services to the public. In 2016 the recruitment of up to 50 frontline staff will increase our service delivery capability and this has been resourced with additional funding in such areas as:

Attracting people, indigenous business and overseas investment are the pillars of the plan for economic growth for South Dublin County. One of the more fundamental is the presentation of the County in terms of its visual attractiveness. In this regard 2016 will see the continuation of the village enhancement programme with works planned in Rathcoole, Newcastle, Saggart, Lucan and Rathfarnham. A further €1.2m has been added to this programme as part of this budget.

Tourism development and promotion is identified as a new opportunity for jobs and economic growth. The recent adoption of our County Tourism Strategy will guide future investment in this area with substantial progress already being made. The following initiatives are provided for in 2016:

• The construction of the Clondalkin Round Tower Visitor Centre will open very early in 2017. A provision of €50,000 has been made for the advance marketing of this facility

• The planning and design of a major national visitor attraction in the Dublin Mountains with a funding provision of €500,000

• The continuation of the various elements of the County Signage Programme with a further €200,000 for 2016

Commercial rates make a very significant contribution to the functioning of local government in this County and ongoing close collaboration with business is a priority. This is exemplified by the continuation of the “Business Support Fund” which next year has been set at 1% of rates or €1.2m. The fund will be used to support a number of initiatives as follows:

A rates support fund to assist SME’s
A fund for remedial works to industrial estates
A grant scheme for the refurbishment of vacant industrial premises for use as micro enterprise space
A rates holiday for LEO supported micro enterprise that locate in refurbished premises
A training programme for business based on their requirements
A provision of €150,000 has been made to fund smart city region energy and other initiatives.

In excess of €2 million has been made available for community oriented programmes and projects. These financial provisions cover such diverse areas as Arts, Libraries, Sports and Recreation, Festival and Events, Social Inclusion and Health and Well-being. The full ranges of Programmes are highlighted in the divisional detail provided. I want to highlight the following increases in particular:

Mayor Sarah Holland concluded by stating that “The Progressive Alliance worked very well with the management team to deliver this fair, prudent and socially responsible budget. We have increased spending in key areas such as housing and business support and every citizen across this county will feel the benefit. We aim to make South Dublin County the best place in Ireland to live, work and do business, and this budget reflects that.”

For further information on the Council’s Annual Budget 2016, please visit the council website at www.sdcc.ie